Sumatran Rhino Expedition – An example of the bespoke trips we offer

Royle Safaris specialises in some of the most ambitious mammal watching trips and expeditions in the world. We do not believe that any animals are impossible, and that a combination of desire, money and time will get a sighting of any species in the world. We are also lucky that we have some clients who are as mad about the rarest mammals as we are. We have set up various mammal expeditions around the world for many years, some of these have turned into very popular mammalwatching trips which have now become annual group tours; mammal watching holidays such as Siberian Tiger Tracking, Amur Leopard Photography, Giant Panda Watching, Mandrills for Gabon, Javan Rhino Expedition or sometimes they are one off trips for individual clients such as our wonderful (if not very tough) Sumatran Rhino Expedition.

In August 2019 Royle Safaris conducted a unique and secret expedition to try and find a Sumatran rhino. Possibly the second most elusive large mammal in the world (behind the saola) the Sumatran rhino may number as many as 100 animals over 5 populations in 3 places (Sumatra, Borneo and quite possibly Burma) or as few as 15 individuals (including the 9 in captivity); the real figure is probably somewhere in the middle. We wanted to see if we could see one of these incredible animals in the wild, before they are gone. This is a species with very little hope of surviving the next 10-20 years, never mind the next century. They are incredibly low in number, they are fragmented into tiny populations, it is unknown how many are still actively breeding (or even capable of breeding – should they meet a member of the opposite sex) and that is all without the increasing threats of poaching, habitat destruction and increasing human population pressures. We would hope against hope that things can and will change, but the reality is that this animal is probably already beyond help and every sighting of this animal could well be the last time any person sees on in the wild. 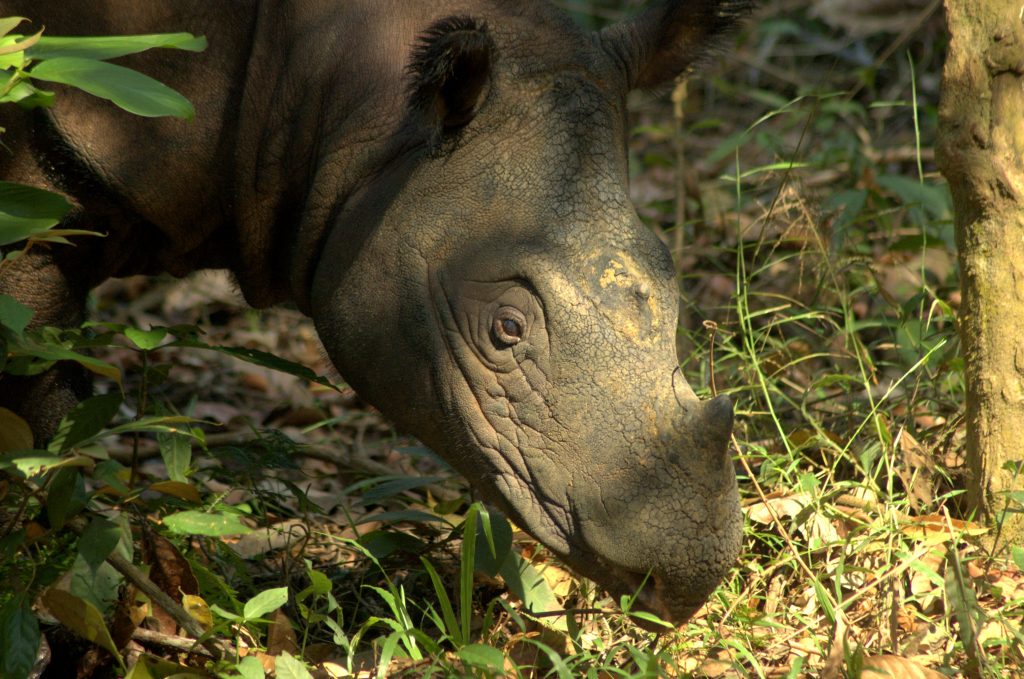 This trip was set up specifically for a very good client and friend of Royle Safris, Christopher Scharf. Chris has a special target of photographing the world’s rarest and most incredible wildlife for his website (www.christofftravel.com) and he has certain ‘sets’ he wants to complete such as bears, rhinos and of course tapirs. With all but one of the bears seen and all the tapirs (including the disputed Kabomani tapir – thanks to another unique Royle Safaris expedition) it was down to the rhinos. Having got 4 of the world’s 5 rhinos it was time for the Sumatran rhino to take centre stage.

There appeared to be many obstacles in the way when it came to trying to see a Sumatran rhino. Along with the common problems such as getting the right local guides, picking a location, getting the right access permits etc we didn’t even know the basics such as are they diurnal or nocturnal, what habitat do they like? There is really nothing substantial known about this species and the little information we do have is either from captive animals are gleaned from one off encounters and are more likely to be anecdotal than reliable So after around a year of planning we managed to find a team who would take us deep into a very promising forest (the only information we are allowed to say is that it was the island of Sumatra; we cannot disclose any more location information or even names of guides etc), we were told to not bring any GPS equipment, including any cameras that geotag the location of pictures taken. We would be joining a team of rhino patrollers as they do their monitoring in the core habitat of one of the last remaining strong holds of this species. We had to wait several days when getting to the location so we could be ‘assessed’ (they wanted to make sure we were not poachers and that we were trustworthy people) and get the right permits etc all together. It was then 14 days hiking and camping in the remote and pristine forest. All we were told repeatedly was that it was secret and that we would be taken to the best place in the world to have a chance of seeing this animal, but that nothing was guaranteed.

When the day came to leave we were excited but probably no more enthusiastic, we approached this trip thinking we probably had a 0.5% chance of seeing one of these animals, with the extra special permits, assistance of the rhino patrol unit and getting the ‘best’ location our chances had probably doubled to 1%, but we would still need astronomical luck. On the plus side if we did get a sighting, Chris and Martin would likely become the only people in the world today (possibly ever??) to have seen all 5 species of rhinos extant today in the wild.

Because of the specialist nature of the trip and the stops we had to make whilst the team did their snare collection, reports and monitoring we didn’t see as many species of birds as we could have, or possibly mammals. But as the team were more focused on mammals we did quite well with mammals in the end. The ease at which these trackers found evidence of animals and spotted animals was breath-taking. 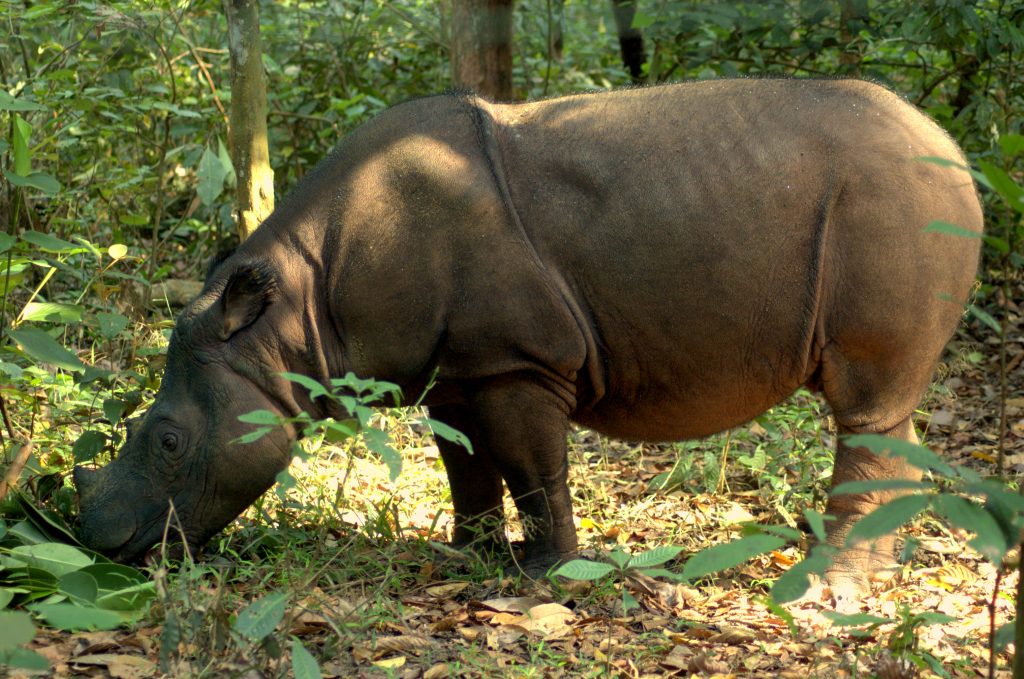 If you are interested in finding out more about the range of specialist mammalwatching holidays that Royle Safaris offers or if you want us to tailor a special expedition to find one of the world’s rarest species you can contact us of click on any of the above links.