Madagascar is unlike any other country; a bizarre and intoxicating mix of extraordinary landscapes, whose diverse habitats include rainforest, deciduous forest, high mountains and desert. Wildlife enthusiasts brim with excitement at the thought of its extraordinary array of wildlife, the majority of which is found nowhere else in the world.

Royle Safaris has a special group tour focused on some of Madagascar’s rarest and most iconic and elusive mammal species which is due to depart in November 2022. After the country has been closed for so long to international tourism the whole country cannot wait to welcome wildlife watchers back and we have places available on this trip if you are interested. Below is more information on the trip and of course how to join it. You can see the specific itinerary here.

The island of Madagascar is the fourth largest island in the world and its isolation for millions of years has led to the island developing the highest level of endemism in the world. In fact nearly all of the life found on Madagascar (~80% of all life) is endemic to the island itself and when you look at groups of animals such as reptiles, amphibians and mammals the endemism can be as high as 90%+. The most charismatic and famous of Madagascar’s residents of the famous lemurs, however there are many different species of lemur. The amazing diversity of lemurs in Madagascar is staggering, on this particular trip you will spend time looking for the smallest lemur (and smallest primate in the world) – Madame Berthe’s mouse lemur as well as going to see the largest lemur in the world, the indri. These two species couldn’t be more different from each other, but the strange diversity of wildlife doesn’t end with the lemurs, there are chameleons on Madagascar that vary from 60cm long giants to the smallest vertebrates in the world, where the fully grown adult can sit completely on the thumbnail of a person.

Today, lemurs can be found virtually everywhere in Madagascar. Different lemurs have different niches – populating the island’s rain, cloud and spiny forests. They include the some of the island’s best loved and most charismatic species, and with their unusual dances and social structures they are easily anthropomorphised. 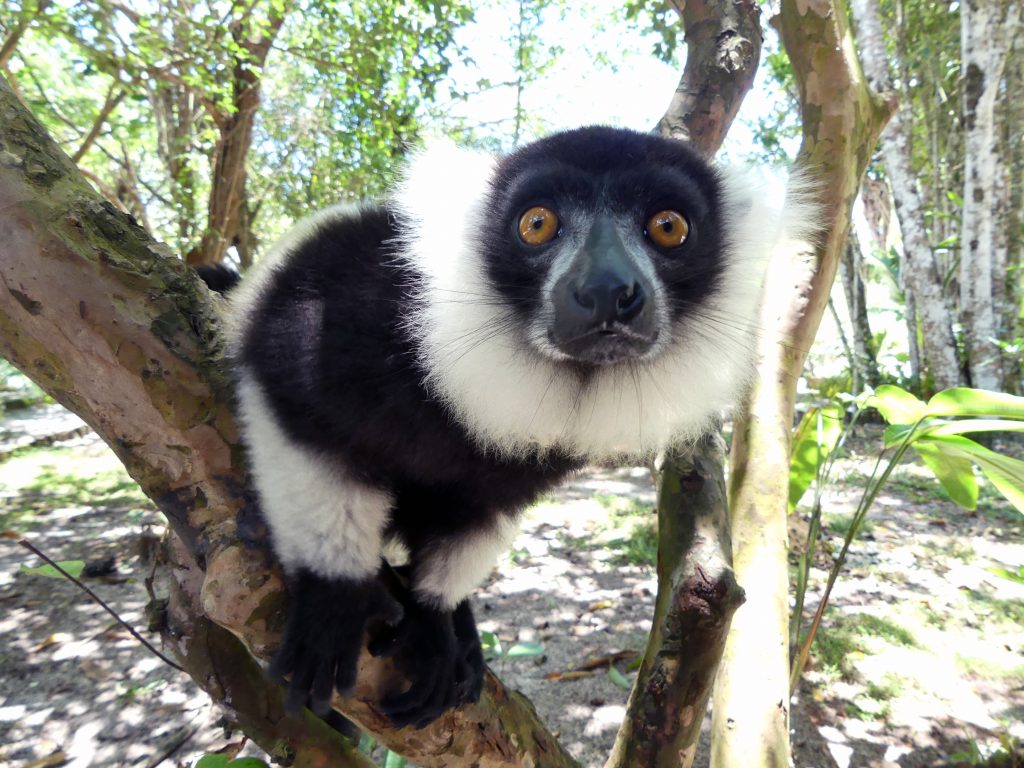 Sadly, with the arrival of humans on Madagascar around 2,000 years ago, several lemurs became extinct as a result of habitat loss and hunting. These included the largest species of lemur – some the size of gorillas. But 99 species remain on the island, protected by national parks, reserves and cultural fady taboos. Read on to find out more about where to see lemurs in Madagascar.

This special two week long wildlife watching tour of Madagascar is designed to highlight some of the best and most incredible species and ecosystems on the island and we are able to do this because of Madagascar’s’ extensive network of protected areas, most of which are open to visitors. The park fees incurred on a tour in Madagascar go towards maintaining reserves, with some economic benefits to local people ensuring that Madagascar’s tourist industry provides a good incentive to conserve its valuable ecology.

Its exceptional biodiversity and the disturbingly fast pace of environmental destruction make Madagascar a world conservation priority.
Whether you are trekking through the forest reserves, being taken down a river past limestone cliffs, spotlighting at night time looking for elusive nocturnal species or exploring the cave and stunning rock formations of the tsingy; you will be in for a treat. Madagascar is home to some of the most beautiful and spectacular scenery and wildlife in the world. The trips you will have on this trip will hopefully reveal endemic mongoose like species, enormous and fierce looking fossa, tiny quick moving mouse lemurs and you will hear the eerie, whale-like songs of the world’s largest lemur. 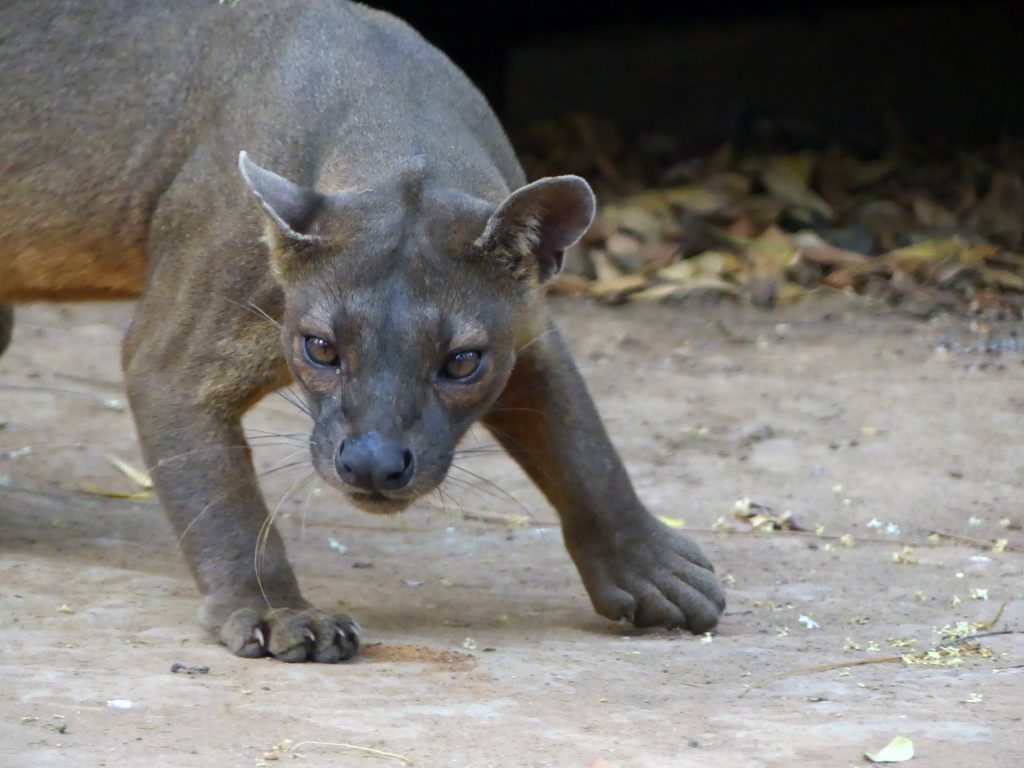 Even the Malagasy people – descended from seafarers from Borneo and Polynesia as well as East Africans – are one of a kind, a distinction that is evident in their phenomenal, French-influenced food, infectious music, and deep respect for their ancestors. But uniqueness comes at a cost. Over 90 percent of the island has been deforested to make way for rice fields and livestock, resulting in landslides, flooding, and the extinction of megafauna, including several giant lemurs. Political instability has resulted in this impoverished nation becoming even poorer in recent years, and ever more dependent on the diminishing forests for survival.

However, everyone who enjoys a Madagascar holiday is said to leave a piece of themselves there, having fallen in love with the landscapes, the wildlife and the warmth of the Malagasy culture. It’s well worth a visit – especially now that well-managed tourism is one of the keys to the future of Madagascar’s wildlife – and its people.

It is important to visit Madagascar now and contribute the wonderful small scale and national level conservation projects and community run reserves. It is only by visiting these places will the local people and local governments receive enough encouragement, support and money to protect the places indefinitely.

So if you are interested in visiting the continent island of Madagascar and go in search of some of it’s incredible wildlife including fossa, ring-tailed lemur, indri, aye-ayes and dozens more lemurs and wildlife. This is one our fantastic range of specialist primate watching tours which is among the best in the world. 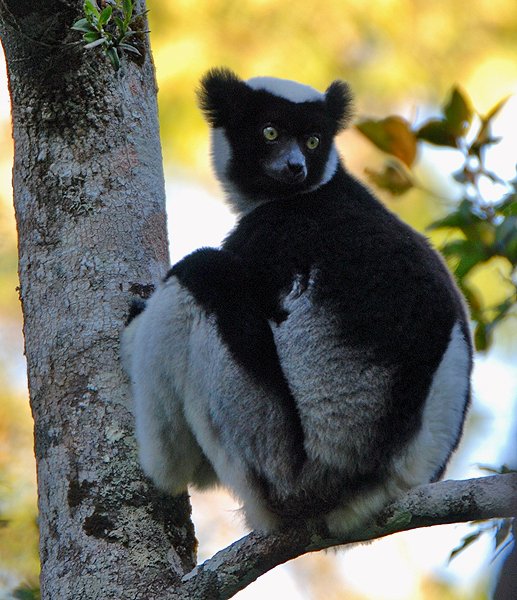 Pods of orca have been known to tear fishermens nets to get at the fish in the Moray Firth, Scotland