Last year both Chitwan National Park and Bardia National Parks officially logged zero incidents of poaching! This is a first among these parks and marks significant increases in their wildlife protection. Chitwan has a very healthy population of around 120 tigers and a large Indian one-horned rhino population that continues to grow. Chitwan National Park has experienced various changes of the last few years, firstly the moving of lodges from inside the park to the buffer zone and a reduction in the number of elephant back safaris and jeep safaris allowed inside the park have helped to reduce the impact on the environment by tourism and this seems to be paying dividends now with no recorded poaching inside the park. There is also better management of the park now, with regulated controlled burns of the grasslands during March which brings down sloth bears from the hill region as there is an increase in the number of termite activity after the burning. This will hopefully lead to an increase in the sloth bear numbers as they have an increased prey base now and also hopefully increase the number of sightings of this elusive animal (Chitwan already has a large sloth bear population of around 200 known from the park and surrounding forests). 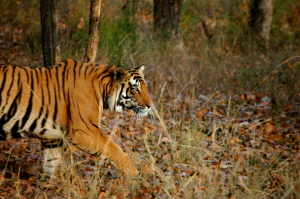 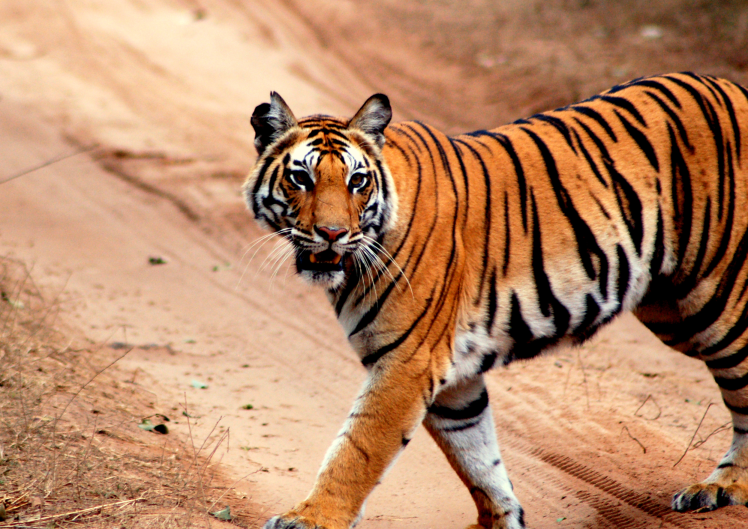 Bardia has a lower tiger population (around 35) but has suffered more from years of civil unrest in rural Nepal (which stopped in 2008), since then calm has spread to the region and the tiger, rhino and Asiatic elephant populations have increased accordingly. As well as good chances of tiger sightings and elephants being seen here easier than in Chitwan the park also offers fantastic boat safaris along the Karnali River where the critically endangered gharial and very rare Gangetic river dolphin can be seen.

Royle Safaris has a great range of Wildlife Holidays of Nepal and Tiger Safaris of Nepal that explore both Chitwan and Bardia in search of tigers, rhinos, elephants and other wildlife. We wish to promote both Chitwan National Park and Bardia National Park as they are continuing their fantastic conservation efforts and are both on course to double their tiger populations in time for the next Global Tiger Conference in 2022; where the results of the ambitious plans to double the tiger populations in the world are set to be announced.

So please browse our selection of Tiger Tracking Holidays on our website or Contact Us for further information.