Conservation With A Difference in Madagascar

The deeply ingrained social taboo of ‘fady’ in Madagascar is helping conserve some of it’s last remaining forests and some critically endangered wildlife. One example lies just 20 kilometers (12 miles) southwest of the capital (Antananarivo), here lies the sacred hill of Antsahadinta. This i a site of royal tombs and ancient dwellings and as a result the forest around the site has been protected from clearing and slash-and-burn agriculture, known as tavy, for generations…the reason being fady!

“It is fady to cut down trees in this forest,” says Rakotonary (from the area). “Those who disobey will have their neck broken, turning their head upside down!” That is a rather grave warning for anyone thinking of clearing the forest around Antsahadinta.

Fady is a sociocultural concept unique to Madagascar and is made up of rules and prohibitions passed down from the Malagasy people’s ancestors. There can be fadyapplied to an individual, a emplace, a person or to certain animals and plants. In Madagascar, this invisible network of spiritual commandments or taboos is, in general, strictly observed.

Anthropologist who specialises in the Malagasy people; Michael Randriamaniraka says; “In Madagascar, where animism is still prevalent, it is believed that the boundary between the sacred and the profane is defined by the fady,”.

Even though the traditional Malagasy practices are decreasing annually, most remain highly attuned to fady-related phenomena and their beliefs. Given their ties to the ancestors, such beliefs are synonymous with respect for particular places, communities or species. People tell stories of those who have contravened fady and gone on to experience misfortune. The stories have an aura of intrigue, so they can serve as warnings.

Fady differ from myths because they are associated with institutionalized practices and appeal to a sense of place in society. Tsy ny tany no fady fa ny vavan’ny olona, goes a famous Malagasy proverb: “It is not the land that is taboo but the opinion of the community.”

Just like the sacred hill of Antsahadinta, many forests and water sources, often located within protected areas, are subject to fady. Some examples of this include the Tsimanampetsote National Park in the south-west of the country. This national park is home to a salt lake of the same name that is a Wetland of International Importance. Local people consider the lake to be sacred, and a fady protects it from diving and its birds from hunting. Animals directly protected by this fady include both greater and lesser flamingoes nesting in safety and the denemic Madagascar’s blind cave fish (Typhleotris madagascariensis).

It is not just animals which are protected by the fady, certain species of the iconic baobab tree have a particular places in Malagasy culture and are considered fady. There is a local belief that baobabs in the southwestern region of the island are home to kokolampo, the spirits of ancestors or of the forest. These spirits are said to possess those who approach the sacred trees too closely. These forests are much feared, and therefore protected, by the local population, according to the book.

Sometimes the fady related to eating specific foods sich as such as poultry, crab, and eel at certain times. The shapes of certain lermus (such as those of the Indriidae family which resemble humans in form) also have led to them becoming protected through fady. One species in particular is the Milne-Edwards’ sifaka (Propithecus edwardsi). These lemurs are protected in this region because the Betsimisaraka believe they embody the spirits of ancestors. Of the 107 species of lemur endemic to Madagascar, 31% are classified as critically endangered on the IUCN Red List, and hunting lemurs is illegal under Malagasy law. However, fady only apply to certain species in certain regions.

Unfortunately because fady often only applies to certain trees, the fady does not always keep the wider forest safe, just in the individual trees and it is not all good news as fady can also have negative effects on the environment. An ancestral commandment, handed down from generation to generation, can be a factor in the destruction of entire forests. “Despite criminal sanctions, tavy is still widely practiced in eastern Madagascar because it is deeply rooted in the culture in this part of the island,” says Randriamaniraka. In this region, he says, it is fady, in the sense that it is not approved by the ancestors, to use other agricultural methods.

With regards to one of the most critically endangered animals in Madagascar the radiated tortoise (Astrochelys radiata), this species is illegally sold internationally. These animals are also under serious threat due to commandments considered fady. In addition to being consumed for their meat by the rapidly growing population in the region, the tortoises are sold throughout the island, destined to live as domestic animals thanks to their status as a good-luck charm. Many people keep them as pets as they are believed to bring good luck and protect households from thieves.

Other species, feared because of their physical appearance, are hunted illegally. In many areas, chameleons are fady; people say they bring bad luck to those who see them. The aye-aye (Daubentonia madagascariensis), an endangered species of lemur, and the Madagascan owl (Asio madagascariensis) are also hunted because they are believed to carry evil spirits. 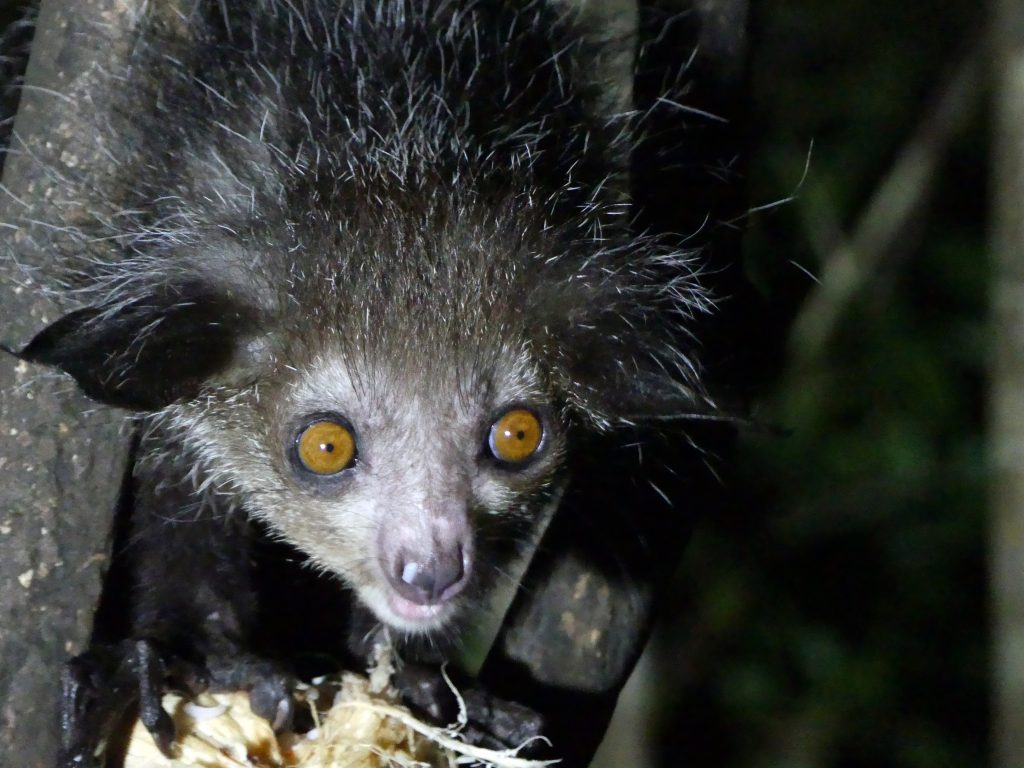 Despite the importance of fady in Malagasy culture, rising poverty may cause people to turn their backs on ancestral traditions and toward whatever resources are available. Jean Toa Soa, a tour guide at the Arboretum d’Antsokay, has observed this shift firsthand around Andatabo, a hill in the Tsijoriake protected area in southwestern Madagascar.

So it is not a foolproof conservation technique for the future, but it is something that has worked to help protect various species and areas in Madagascar already and will continue to, to dome extent or another. But there is much need for modern conservation techniques to also be applied to further protect the remaining forests and species in this incredible island.

You can visit Madagascar and see many of the unique, endemic and endangered wildlife with Royle Safaris, you can see our range of Madagascar wildlife holidays on on Madagascar page or get more information by contacting us.