Borneo is a mecca for wildlife enthusiasts, species such as Bornean orangutan, Proboscis monkeys, ‘Pygmy’ elephants and 8 species of hornbill are all wonderful targets for anyone visiting Borneo for wildlife. However there is a vast wealth of wildlife to be found here. In particular the north-east state of Sabah is home to many wild and rugged reserves and parks that harbour populations of some of the world’s most elusive species.

Among the most elusive and some of the most sought after are the nocturnal mammal species, Borneo has a host of rare and elusive nocturnal mammals including Sunda clouded leopard, Binturong, Sunda colugo, various species of civet, several species of slow loris and many other species. This tour is the first of its kind to target all of these species. Of course seeing many of these rarer animals is going to be very hard and require a great amount of luck, but this is the first and only tour that offers chances and dedicated time to try and see all of them in their various habitats, as well as a wealth of other mammal life in this wonderful region.

This tour will start in the now fabled Deramakot Forest Reserve, this managed forest has good sized populations of all of many species of mammals, particular ones that are very elusive elsewhere. Whilst staying here we will become as nocturnal as many of our mammal targets and spend several hours every night looking for Sunda clouded leopards, various species of squirrel, civets, Sunda leopard cats, Philippine slow loris and Marbled cats.

We then move on to the longest river in Borneo the magnificent and mighty Kinabatangan River where we will try for the Flat-headed cat as well as some of Sabah’s incredible primates such as Bornean orangutans, proboscis monkeys and Sundiac silvered langurs.
Then we finish in the fantastic forests of Tabin, here the combination of pristine forest and palm oil plantation (running along the border of the reserve) means there is a mix of wildlife and many species (which utilize the palm oil plantation) which are seen here easier than elsewhere. We will explore this reserve in full and have negotiated extra long night drives whilst here in order to make the most of the wonderful nocturnal species which are known from here. 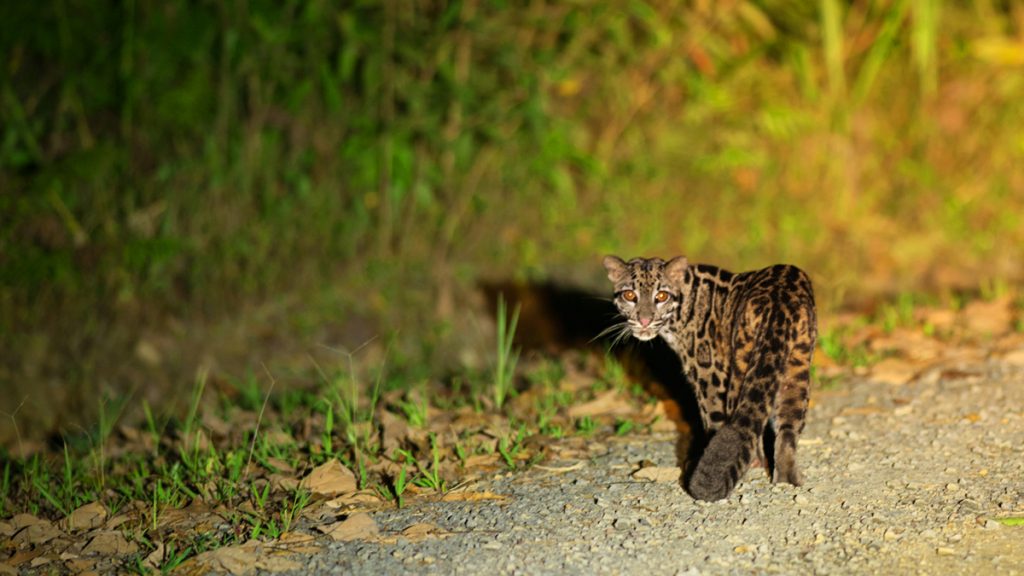 If you wish you can also add on a pre-tour extension which will head into the rugged Tawau Hills. This park is full of wonderful wildlife, much of which is not found in other areas visited on this tour, it is also a known location for just about the most elusive mammal in Borneo. The extremely rare and poorly understand Bay cat. A separate brochure can be sent with information about this can be sent out to you if you are interested.

Whilst our focus will be heavily on the rarer nocturnal species of mammals, it is impossible to travel and spend time in the forests of Borneo and not see various other species. As a result we hope to see more common animals like Proboscis monkey, Bornean orangutan, Bornean slow loris, Marooon langur, Sundiac silvered langur, Southern pig-tailed macaques, Long-tailed macaques, Asiatic elephants, Bearded pigs, Bornean Muller’s gibbons and many more species and then when out spotlighting we hope for other rarities such as Sunda pangolins, Banded linsangs, various Civet species, moonrats and Sunda stink-badgers (but these require as much luck as perseverance); not to mention hundreds of species of birds including up to 8 species of hornbills found here and rare birds such as Storm’s stork and some huge reptiles like Saltwater crocodiles, Reticulated pythons and Water monitors. 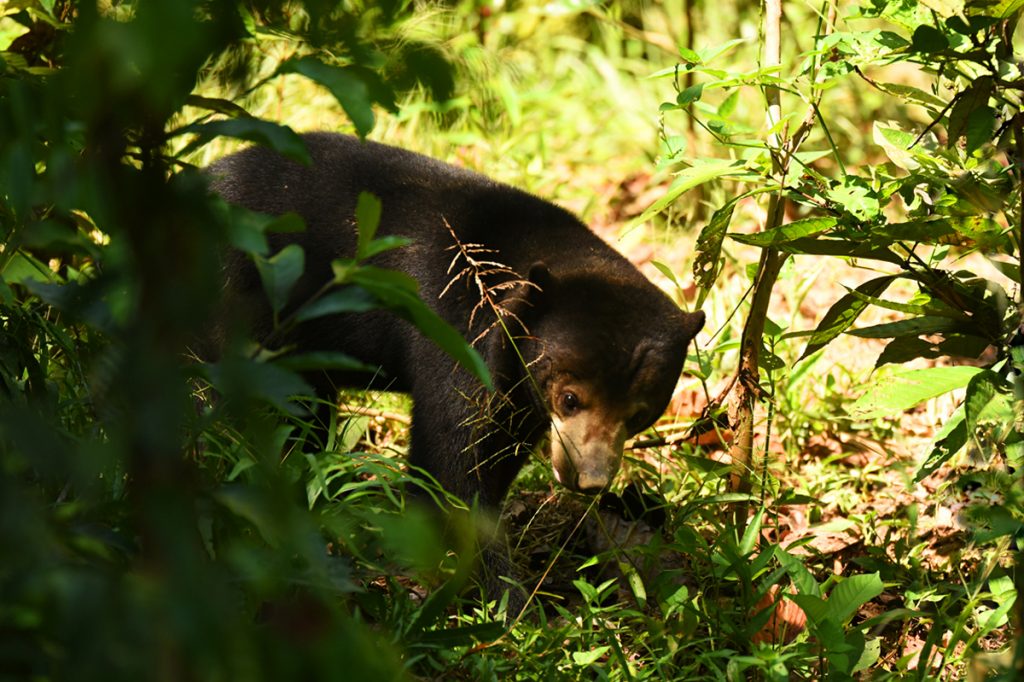 All in all we expect to see a wealth of life on this trip and we believe that no wildlife enthusiast will be disappointed, as with all wildlife (but particularly rare and elusive species) all we can do is get ourselves into the best place, at the best time and with the best people. We then put the time and effort into trying to see the wildlife and hope that the animals cooperate.

This specialist rare wildlife tour is one of our range of wildlife watching tours to borneo we are world leaders in these specialist mammalwatching holidays, with expert guides and more time spent looking for targeted species than other tours, Royle Safaris is ideally situated to maximise mammal sightings and with our scientific background we are at the cutting edge of rare and elusive mammal sightings and can establish sustainable ecotourism in some of the best rare mammal watching destinations in the world.

If you would like to know more information about this Borneo’s Rare Mammal Watching Tour you can click here or contact us in addition to booking places on our small group tour we can also arrange private tours for any party size from 1 person on a solo trip to 10,  people on dates you choose (subject to availability).

Slugs have four noses, however none of them are externally visable